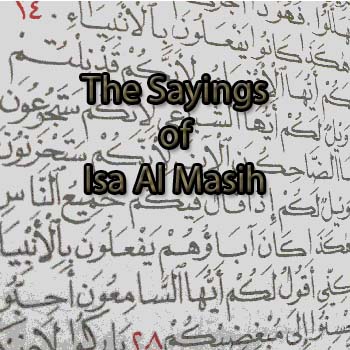 Sayings of Isa al Masih – By Lane B. Kender

“The Bread of Life,”

by Lane B. Kender

In the Injil, Isa al Masih (His Peace Be Upon Us) often used illustrations to show the people who He was and why He came to earth. The meaning of these illustrations are often missed by people who do not understand the Holy Book from before and the stories contained within.

“I am the bread of life that descended down from heaven. He who eats from this bread

lives forever, and this bread is my body that gives life to all people.” – John 6:51

You can see the full context of what the Messiah (HPBUU) has said, in these videos here:

To understand exactly what Isa al Masih (HPBUU) was trying to communicate, we must take into consideration that He was speaking to the people of His day. They understood the stories of the prophets well. The stories of the Prophet Moosa (The Peace of the Messiah Be Upon Him) from the Taurat, were taught to them from childhood, before they could even walk. They were very familiar with this “Bread from Heaven” illustration and would quickly think of the details they knew well concerning this story. Isa al Masih (HPBUU) references the Prophet Moosa (TPMBUH) and the story of how Allah Subhanna sent bread from heaven during their desert journey, after being delivered out of slavery from Egypt. During the 40 years of wandering through the dry desert lands of the Sinai Peninsula, Northern Arabia, and Southern Palestine, they would have surely perished without this “Manna” or “Bread from Heaven”, that came miraculously each morning. This manna sent from heaven to the Tribes of Israel, by Allah, met a temporary need to sustain their life during their desert journey. Isa Al Masih (HPBUU) contrasts this story with His life and the meaning would have immediately been understood by His Jewish hearers at the time. It would make many of the people mad, as the implications indicated to them, that He was claiming Divine authority.

Here is His clear meaning for us today. The bread (manna) that came down from heaven during the day of The Prophet Moosa (TPMBUH) could be eaten to sustain life, but one would get hungry again. However, the one who partakes of Isa Al Masih (HPBUU) (figuratively speaking) will live forever. That person has the assurance that He belongs to Allah Subhanna, through His beloved Isa (HPBUU). The person who believes in and trusts Isa Al Masih (HPBUU) for their eternal salvation, will be raised up on the last day. This is the promise of the Allah Subhanna through His beloved Messiah (HPBUU).

The question is, are you ready to partake of this “Bread from Heaven?” It is yours for the asking.

May Allah Subhanna, guide you on the Straight Path