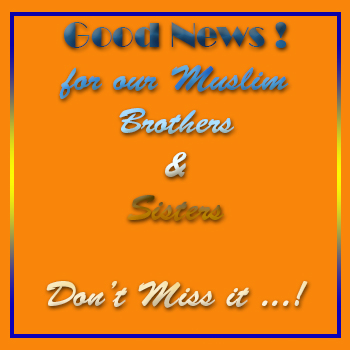 Going Back to God’s Garden

In the beginning was God, who was powerful, honored, and faithful. He is so holy and is the source of all honor. One day, God Almighty created the sun and the moon, the stars and the galaxies, the seas and the rivers, the trees and the mountains, the birds, the fishes and the animals to show His glory. Then He created man and called him, “Ashraful Makhluqat”, the crown of all creation. God Almighty bestowed great honor on Adam and Eve by giving them the responsibility of taking care of all of His creation on earth. It was an honorable responsibility. Every evening God Almighty would come to the garden and walk with Adam and Eve. They had a loving relationship with God and honored Him. All that God required of them was that they obey Him in everything. So they lived happily and honorably in the Garden of God.

God had said to Adam and Eve, that they could eat everything in the garden, except for one fruit, which if they eat, will bring death instead of life. He said this to test their loyalty. One day, Iblis appeared to them and said, “If you want more glory and honor, like that of God, you need to eat the fruit.” Being tempted to attain more glory and honor like that of God, they ate the fruit. But the moment, they tasted the fruit, they lost their honor and shame crept into their lives. They knew that they had dishonored God by their sin of disobedience. When God came walking in the garden, they hid themselves due to their shame, thinking that God would not find them. But God is Al- Alim, the All-Knowing and He found them hiding and said, “You have been disloyal children, shaming yourself and dishonoring me, though I have given everything to you and have treated you well.”

Do you know what happens to people who dishonor the elders or those who dishonor the family name or any religious leader? Yes, they are sent away from our community, until the honor can be restored. In the same way, God Almighty also sent them away from the garden saying that, “You cannot come back until honor is restored and your shame is fully taken away.” He also said that because of their shameful act, instead of eternal life, they will face eternal death.

God loved His creation so much, that, before sending them out, He promised that He will restore their honor by removing their shame, erase their guilt, and defeat death, in the fullness of time. He also promised that, Iblis or Shaitan, who was responsible for bringing this whole episode on them, also would be finally defeated. God cursed Iblis, saying that he will eat dust and crawl on his belly. God also made a promise saying that the “Chosen one” would crush the head of Shaitan.

So Adam and Eve, left God’s garden and went to live in another place in this world. They realized that they had no honor, no glory and no recognition. He had become the laughing stock of the whole creation because of his dishonorable acts.

Adam and Eve had children and they had children. But all of them inherited their shame. Even in our communities, when one member of our family does a shameful thing, that shame is passed on to the whole family. Likewise, we as the children of Adam and Eve have inherited their shame. So the people decided that they wanted their honor back. So some of them created their own code of honor by which they could gain some honor. Hospitality, politeness, good education, good social standing, earning respect, earning a reputation, etc. were made as standards of honor. But this honor was only temporary, because it was made by humans. These codes only increased the shame of people who weren’t able to fulfill these rules. Humans kept forgetting that God was the source of all honor, whether ascribed or earned.

Yet God, throughout the ages kept His promise, for He is Faithful, by sending His prophets to reiterate the fact that He was the true source of all our honor and He will do it by sending the right ransom, fadiya, at the right time to restore this honor to all mankind. But humans had started to believe that they could do it all on their own. Man started to trust that all their good works of their hands was just enough to cover up the shame of their forefathers that was upon them.

God had promised them that “there can be no remission of sins apart from the shedding of blood”. Due to His great love for man, to restore them back to His wonderful garden, God became human and entered this shameful world. Could you ever imagine the king of the whole country who lives in a grand palace, coming to live in a small hut or a simple tent? That was Isa al Masih. He was given the title Al-Masih meaning, the Anointed One, or Chosen one, for a special purpose. Remember, that God Almighty had promised that the Chosen one would crush the head of Iblis.

Isa al Masih was special right from His birth. Many called Him, a Prophet. But there was no other prophet born in this world who was as special as Him. He was born of a virgin, with no father. He was sinless, even from His birth. He was Kalimatullah, the Word of God. He did mighty miracles like healing the blind, deaf and the mute, cleansing the lepers, and healing all kinds of sicknesses. He healed the people who were possessed by jinn, evil spirits. He even raised dead people back to life. Isa al Masih was so special that none of the shame ever affected Him. One time a woman who had been bleeding for 12 years touched him. She had tried all kinds of treatments but nothing healed her. As soon as she touched him, she got healed. He wasn’t affected by her impurity, but she was purified because He was pure.

He loved and accepted everyone regardless of their sin and shame. Isa al Masih spoke of a great feast where the disgraced and the rejected, were honored guests. He taught that following Him was the only way to greater and true honor. He taught a “code of honor” that was higher than the rules set by this world or our communities. He taught that he was the “Door” through which we could enter back into the garden of God to gain true and eternal honor. But the people had established a set of rules and living for earthly honor were threatened by the teachings of Isa al Masih.

So Isa al Masih, was arrested, mocked, whipped, spat-on and nailed upon a cross. The people who did this, thought that if they could do all this, then Isa al Masih would be totally covered in shame and people would start despising even His name. He was covered in shame, publicly. Why? Why would one so perfectly honorable person, the Chosen one, the sinless one, the Kalimatullah, the healer, the miracle worker, the one who was more than just a prophet, be willing to be subject to such shame. Was the God who sent Him so powerless to defend Him and rescue Him? No ! In fact, it was in the perfect plan of God. God had through His prophet Isaiah, many centuries ago, promised that He will send His chosen one, who will be beaten, mocked and shamed like this, to bear the shame of the people of the earth. The Shame that Jesus bore was not His own, for He was sinless. He bore our shame on the cross. He paid the price for restoring honor upon us. He was pierced for all our shameful and sinful acts, the punishment that would bring us peace was upon him and by all His wounds, He brought us healing.

He gave his life as a ransom, fadiya and the Great Sacrifice, bizibhin azim. But on the third day, Isa al Masih, rose from the dead, defeating death, shame and guilt, just as God Almighty had promised. Isa crossed over to God’s garden and now holds a place of honor in all the worlds. The moment Isa resurrected from the dead, He formed a new bridge, Siraat, from death to life, from shame to honor, from earth to heaven.

Finally, now people can get what they always had wanted – true and eternal honor directly from God Almighty, because of following His Chosen one, Isa al Masih. But not all followed this new Siraat into God’s garden. There are a few who think that their good works are better than the fadiya, ransom, that God provided for them to enter into the garden of God. Isa al Masih, while he was here in this world taught, “I am the way, the truth and the life. No one comes to the Father except through me”. There is no life and no honor that can be had outside of Isa al Masih. But to everyone those who followed Isa, God gave them the honor of calling themselves His own children, clothing them in royal robes and giving them the promise of living in His garden – filled with honor and glory forever.

Tagged do's and don'ts, Gospel, gospel to muslims, how to, how to share with muslims, Islam, middle east, Muslim, prayer, reaching muslims, sharing with muslims