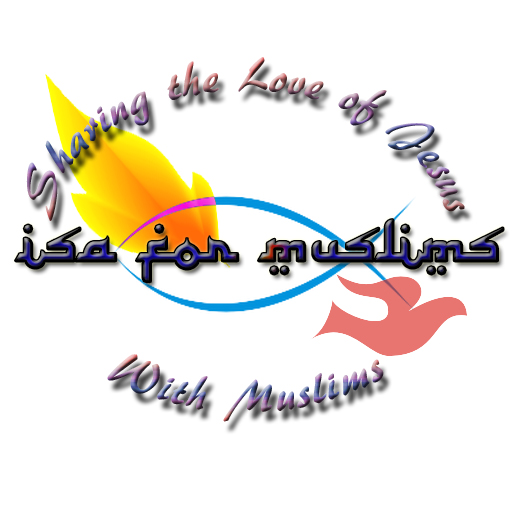 A typical Eid usually consists of most of these elements, if not all of these – Eid prayers in the morning, wearing of new clothes, cooking lots of food, sharing food and gifts with friends and neighbors and family, inviting friends and family over for a get together.

More than all this, the very thing that makes this Eid special is the sacrificing of an animal – lamb, bull, a camel, etc. Muslims usually claim that this is just a reminder of what Ibrahim did with his son, when he was commanded by God to sacrifice him.

A few interesting facts to note …

1Some time later God tested Abraham. He said to him, “Abraham!”

2 Then God said, “Take your son, your only son, whom you love—Isaac—and go to the region of Moriah. Sacrifice him there as a burnt offering on a mountain I will show you.”

3 Early the next morning Abraham got up and loaded his donkey. He took with him two of his servants and his son Isaac. When he had cut enough wood for the burnt offering, he set out for the place God had told him about. 4 On the third day Abraham looked up and saw the place in the distance. 5 He said to his servants, “Stay here with the donkey while I and the boy go over there. We will worship and then we will come back to you.”

6 Abraham took the wood for the burnt offering and placed it on his son Isaac, and he himself carried the fire and the knife. As the two of them went on together, 7 Isaac spoke up and said to his father Abraham, “Father?”

“The fire and wood are here,” Isaac said, “but where is the lamb for the burnt offering?”

8 Abraham answered, “God himself will provide the lamb for the burnt offering, my son.” And the two of them went on together.

9 When they reached the place God had told him about, Abraham built an altar there and arranged the wood on it. He bound his son Isaac and laid him on the altar, on top of the wood. 10 Then he reached out his hand and took the knife to slay his son. 11 But the angel of the Lord called out to him from heaven, “Abraham! Abraham!”

12 “Do not lay a hand on the boy,” he said. “Do not do anything to him. Now I know that you fear God, because you have not withheld from me your son, your only son.”

13 Abraham looked up and there in a thicket he saw a ram[a] caught by its horns. He went over and took the ram and sacrificed it as a burnt offering instead of his son. 14 So Abraham called that place The Lord Will Provide. And to this day it is said, “On the mountain of the Lord it will be provided.”

15 The angel of the Lord called to Abraham from heaven a second time 16 and said, “I swear by myself, declares the Lord, that because you have done this and have not withheld your son, your only son, 17 I will surely bless you and make your descendants as numerous as the stars in the sky and as the sand on the seashore. Your descendants will take possession of the cities of their enemies, 18 and through your offspring[b] all nations on earth will be blessed,[c] because you have obeyed me.”

To my Muslim Friends …

The Significance of the “Great Sacrifice”

Dear friends, the significance goes beyond the text that is mentioned here. The significance is that this passage in the Qurán points to something that is deeper and greater.

So, as the people of the book, I would like to explain the true importance and significance of the commemoration of this Eid.

God had commanded Ibrahim to sacrifice his son. From this account in the Tawrat, we find that God gave an explicit instruction that the son was to be Isaac. Many Muslims would say that this was changed by the Jews. But that is NOT TRUE! The Tawrat has been in existence long before the time of Muhammad. There are lots of manuscripts of this text which predate Muhammad and Islam, which clearly states that it was Isaac.

When Abraham is on his way,

Abraham believed that God Himself will provide the sacrifice for them. Even in the Quránic account we see that it was Allah who provided the sacrifice as a ransom. It wasn’t by any human intervention that the ransom suddenly appeared there.

Abraham, who was a prophet of God, foresaw in his God given wisdom that only God can provide a sacrifice, which would be so big, that it could take away the sins of the world. Muslims, all around the world, when they are about to sacrifice the lamb or any other animal, place their hands on the head of the animal and say this prayer …

Why would they say … “O Lord, this is from you and for you” – It shows the complete dependency on the Lord to provide a “great sacrifice” for all our sins. 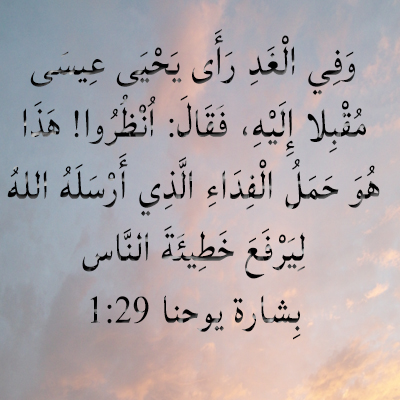 A Ransom, to redeem the whole world from the curse of sin … indeed what a “great sacrifice” – “Behold, the Lamb of God, that takes away the sin of the world” (John 1:29). This is the voice of John the Baptist in the Injeel, who is pointing to Isa al Masih (Jesus) and saying, that He is the Lamb of God, the “perfect sacrifice” that God has provided for us all.

He was the “great sacrifice” that we have been expecting since the beginning of this world. God provided this ultimate sacrifice, not because he wanted to see His Holy One, suffer and die a painful death. But because, his love for you and me is greater than anything else and God wanted to redeem and ransom us from all the effects of sin.

The Injeel says that God loved each and every one so much that He sent His Son to be the ultimate and great sacrifice to take away the shame and sin of this world. In the garden of Eden, when Adam disobeyed God, he inadvertently ushered in sin which brought forth guilt, shame and fear into humanity. But the Injeel says,

“For you know that God paid a ransom to save you from the empty life you inherited from your ancestors. And it was not paid with mere gold or silver, which lose their value. It was the precious blood of Christ, the sinless, spotless Lamb of God.” – I Peter 1:18 -19

It is an undeniable fact that our God is a Loving God and He loves us as His children. But it is also a fact that He is a just God and cannot overlook sin. Sin has to be dealt with and shame has to be covered. That is why God Himself provided the Way to deal with this Sin and cover the Shame that was upon us.

“But when Christ came as high priest of the good things that are now already here, he went through the greater and more perfect tabernacle that is not made with human hands, that is to say, is not a part of this creation. He did not enter by means of the blood of goats and calves; but he entered the Most Holy Place once for all by his own blood, thus obtaining eternal redemption. The blood of goats and bulls and the ashes of a heifer sprinkled on those who are ceremonially unclean sanctify them so that they are outwardly clean. How much more, then, will the blood of Christ, who through the eternal Spirit offered himself unblemished to God, cleanse our consciences from acts that lead to death, so that we may serve the living God!” – Hebrews 9:11-14

Today, my dear friend, do not harden your hearts if you hear this message. The ev 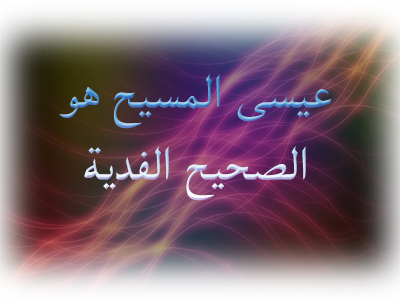 er present forgiveness of God that comes to us through the shed blood of Jesus Christ is calling out to you to come to Him. God is ready to forgive you and accept you to be His child. For the Injeel-e-sharif says,

“But as many as received Him, to them He gave the right to become children of God, even to those who believe in His name, who were born, not of blood nor of the will of the flesh nor of the will of man, but of God.” – John 1:12 -13

God calls us his own children and how are we going to respond today? If you have any questions, please feel free to write to us. We will keep your information secure. May the Lord, our God, guide you in the straight path. God bless you!

If you want to know more about Isa al Masih, Please Subscribe to our monthly newsletter.

May our Lord Isa al Masih bring you more honor and bestow many Blessings on you and your family as you seek Him! Ameen !!